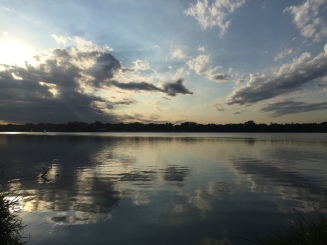 “Why did my real mother give me away? Who is my birth mother? Why did you adopt me?” I know that I can’t necessarily predict the day when my son will ask, but I know it will come. Do I wait until he first asks the questions or do I tell him from the beginning that he’s adopted? Is there a right or wrong time to begin this ongoing conversation?

As an adoptee, adoption is a relatively easy and straightforward topic for me to discuss. I’d like to think that I can be open and honest with my son about his adoption. Why would I wait for him to ask me why he was adopted? I don’t want him to feel ashamed because he’s adopted or think that his life before me was a secret. My hope for him is that he feels proud of who he is and how he joined our family.

I understand there is a possibility that no matter how transparent I am with my son about his adoption story, he may still grieve for the life he could’ve had instead and resent me for adopting him. In spite of all the wonderful excitement and immense joy that surrounds his adoption, there are those small quiet moments where my thoughts drift to the Korean word Han. Han has no English equivalent. It is a concept that means a sorrow caused by heavy suffering or a dull lingering ache in the soul. I know that suffering is a certainty in life. However, I’d like to believe that my son won’t experience any pain during his lifetime because he was adopted, but the truth is; he probably will. The Buddhist monk Thich Nhat Hanh has a beautiful quote about the paradox of suffering. He says, “To suffer is not enough. We must also be in touch with the wonders of life.”

WE THE LEES
Harlow's Monkey

an unapologetic look at transracial and transnational adoption

If you want to be a hero well just follow me

Living the Montessori life as a mom with two young children